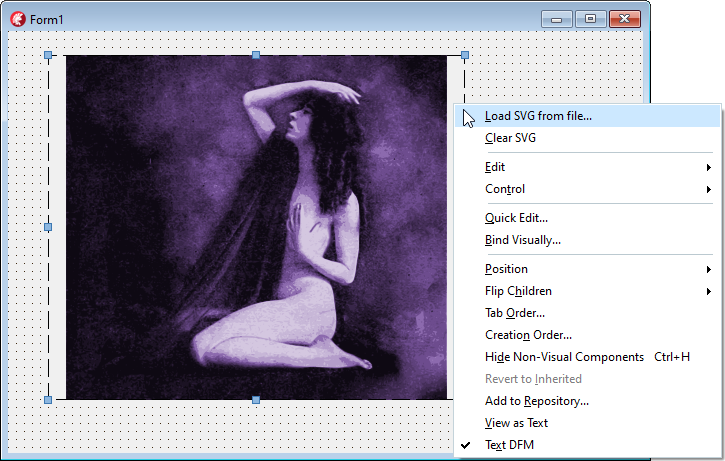 This update contains bug fixes and some functional changes to the SVG image list and the SVG controls.

The rows in the grid can now be moved to change the order of SVG images.

The following bugs in the image list editor are fixed:

These controls are used to host a single SVG image.

The Delphi IDE sets a limit on the number of lines you can load in a TStrings property at design time. It this update a component editor is added to these controls, to allow loading of large SVG images.

The SVG data will be stored in the form file and in the executable. Another change is that this SVG data will now be compressed to save space.

Because of the large number of changes needed to support animation, the package version will increase to allow a controlled transition from version 2.3 to version 2.4.

However, I would like to mention here that v2.4 will be available to all v2.3 license holders without extra costs, when this version comes available.